As the old saying goes “the more things change, the more things stay the same.” While the same might be true, there are many instances / “things,” where change is both consistent and rapid – “things staying the same” being anything but reflective of the truth. One such “thing” is the financial services industry.

For example, the solutions available to advisors as they seek to assist clients have evolved a great deal over the last several decades – the availability of “alts” (alternative investments), the advent of the exchange traded fund, index-based risk management solutions, an expanded array of advice embedded solutions and an expanded stable of features and benefits associated with tax deferred annuities – all of which “muddy the decision-making waters” so to speak.

The foundation of such differences resting, of course, on the manner in which one’s view of “things” is shaped and sustained.

As I reflect (I am a member of Generation X), my view of things stemmed mostly from interactions with my parents and the late-night news (11 PM) – assuming I was permitted to watch the same.

Social Media – there was no such thing at the time to speak of.  Thus, it played no part in the forming and sustaining of my view of things.

Education – as I recall, was confined to the subject matter at hand, only.

Peers – there was little discussion pertaining to topics (politics, equality, racism etc.) that seem to dominate discussions, classrooms and headlines.

The Media – the news was reported, not manufactured, slanted, selective, colored or sensationalized.

Indeed, the manner in which one’s view of “things” is shaped and sustained has changed. Such change, has, in turn, led to change in the financial services industry – most notably the importance of teams.

After all, can a lone advisor possess all of the skills experience, core competencies and knowledge required to address the myriad of questions, concerns, curiosities, needs and objectives of clients across generations?

ICG next is keenly aware of such dynamics and obligations – taking steps to not only prepare for what is next within the financial services industry but more importantly what is next for its clients – across multiple generations. Visit with ICG next and gain insight into how our team of professionals, working collaboratively on behalf of its clients, can plan successfully for what’s next. 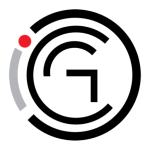 ICG next is an innovative, industry-leading financial advisory firm located in Wall Township, NJ, serving multigenerational families as they plan for what’s next. Our team of knowledgeable and caring advisors is changing the way our clients think about and view financial services. To contact ICG next, please call (732) 359-3838.

The opinions voiced are for general information only and are not intended to provide specific advice or recommendations for any individual. All performance referenced is historical and is no guarantee of future results. All indices are unmanaged and may not be invested into directly.